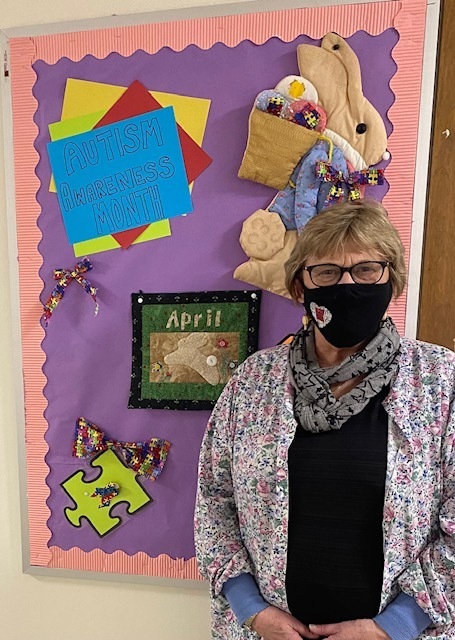 Born in Massachusetts, Mrs. Cullins returned to her mother’s hometown of Sherman when she was just two years old. She grew up down the hill from her grandfather’s farm which was the joy of her life.  Mrs. Cullins loved spending time on the farm where things were always family-centered. Ever since she was little, Mrs. Cullins wanted to be a nurse and used her potato picking money to buy a nurse doll when she was a young girl. During her childhood, she enjoyed reading her favorite books, the Cherry Aimes series, whose main character was a nurse who experienced many different adventures in nursing. Even her family saw her as a nurse, particularly her mom who often called on her to help with accidents and injuries, like the time her brother got bit by a dog.

Mrs. Cullins was a member of the second graduating class of Katahdin High School and later married Mr. Randy Cullins who graduated from Sherman High School, and together they have two sons and three grandchildren.

Mrs. Cullins’ first school assignment included covering four schools from Sherman to Patten in 1989. She remembers driving back and forth many times to attend to the needs of all of the schools. One of her favorite aspects of the job is the kids. Mrs. Cullins loves the kids, particularly their spontaneity, their expressions, and the things they say. She also loves her coworkers who are like family. Comparing school nursing to the ER, Mrs. Cullins says, “Every day you can plan something, and the best-laid plans often never happen, which is part of what she enjoys about her job.

Mrs. Cullins strives to always see the big picture of student and staff needs which takes her above and beyond the role of a school nurse. From dressing up like the tooth fairy and crafting tooth pillows for our youngest students to coordinating the annual senior breakfast, Mrs. Cullins shows her love to all. This year Mrs. Cullins is retiring after many years of making memories and touching the hearts and lives of everyone she meets. She will be missed, but always welcome back to Katahdin Schools.